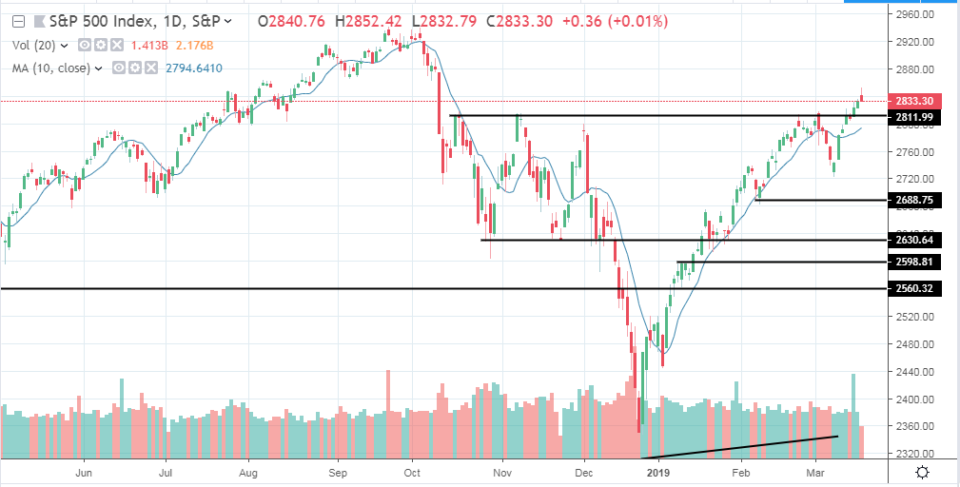 The S&P 500 pushed through a clear resistance level last week and is now looking like a reversal is about to happen.  Will it be the confirmation test?

The most orderly type of breakout is when price pushes through a level and then comes back to test it, thus confirm that the prior resistance is now a support level.

Right now the S&P 500 is setting up to possibly do that.  The reason I say it is setting up is because a bearish u-turn pattern has just formed.  Anyone who reads my posts knows that u-turns are my favorite reversal signal.

So if indeed we are getting that reversal the first downside target is that prior resistance around 2810.  If price were to hold there it would be a bullish action and one would have to let go of any bearish bias in the near-term, that includes me!

I am surprised that the market has been able to push higher, but that is why we watch and react accordingly because when it comes to markets - nothing has to happen no matter how much you believe.

US retailers trump Warren Buffett with push into own brand