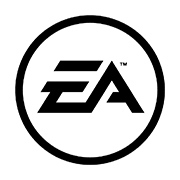 Last month I wrote a post about Electronic Arts and Take Two Interactive,

Electronic Arts Inc. stock plunged toward its worst decline in more than a decade this week after the videogame maker missed holiday-season sales estimates and lowered its forecast.

Both EA and Take-Two mentioned Fortnite in their conference call.   Fortnite is the battle royale format, which allows dozens of players to battle each other to the death until the last survivor.   Released in September 2017, Fortnite, which is a free game has over 125 million players and made over $1.2bn in its first 10 months of operation.

Fortnite has proven the freemium model works, so EA and Take-Two should be concerned moving forward as it continues to influence their customer base.

So I wasn’t too surprised when I came across an article on Businessinsider.com, titled, Ninja made $1 million to promote EA’s ‘Apex Legends’ during the game’s launch.  I thought it was a genius move by Electronic Arts.

Richard Tyler Blevins or Ninja who after graduating from high school decided to become a professional gamer, now has over thirteen million followers on Twitch and over 21 million subscribers on Youtube.  His claim to fame came when he set the Twitch record in March 2018 for a single individual stream while playing Fortnite after he hosted a game with rappers Drake and Travis Scott.  Now he earns whopping $500k / month streaming Fornite.

Blevins was one of a few select professionals with huge followings pulled in by videogame giant Electronic Arts Inc to play and promote its latest title, “Apex Legends,” in the first hours of the launch last month, generating a buzz that notched 10 million signups in the first three days.

EA’s stock price and market value rose 16 percent, or $4 billion, in the three days after Apex Legends launched and a month later the game has 50 million users, a quarter of Fortnite’s 200 million.

If each user registered so far bought the most basic Apex Coin package, with which kids and teenagers can buy character skins and other upgrades, EA would take in $500 million. Analysts’ estimates hover around that figure in revenue annually.

Let me reiterate, this was a genius move by Electronic Arts.  I think anybody or business would invest $1 MM for a potential return of $500 MM.  If Electronic Arts is able to put their egos aside and embrace this new way of doing business, they might have a chance of future relevancy.

On the monthly chart, the chart suggests their is more room to the upside, to the monthly supply at $118.

Are You Paying Attention To What’s Going On In The World???

STEEM: we should have hit the bottom already…