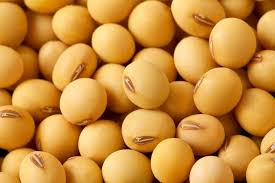 Corn prices have been on an epic run. Now, soybeans could soon be catching up.

Soybeans have trailed for a reason. In the U.S., the oilseed can be planted later in the spring than corn. Amid the heavy rains, some analysts had forecast that the weather would eventually clear and farmers would plant more soy. That would’ve meant bigger production at a time when demand is already suffering amid the U.S.-China trade war.

The U.S. Department of Agriculture will update its plantings estimate June 28, but analysts and traders are already concerned the agency’s numbers will be too high and not fully reflect the impact of the deluge.

In the weeks and months ahead, the agency likely will have to take down estimates both for U.S. soy acreage and yield to reflect major planting delays, Nelson said. That could boost soybeans prices that lagged behind corn’s big run.

Back in March, price broke the weekly up trendline.

Most likely because it ran into a major support / resistance line at $920.

Thus, if soybeans is going to continue to move much higher, it must close above the $920, with a first target at $920.

BITCOIN: No more historical resistance till…