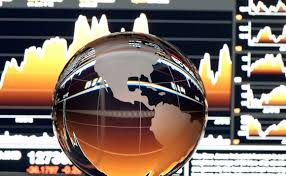 Three days ago, I wrote,

implying that Gold was showing strength relative to the US dollar going into this week.

Gold futures rose on Monday as investors increased bets the economy would weaken enough to cause the U.S. Federal Reserve to cut interest rates later in the year.

What does makes sense is that worries about an escalation of the trade dispute between the United States and China are raising concerns about a U.S. economic slowdown and this could cause a recession.

Flight-to-safety buying in gold is usually a short-term investment strategy. However, expectations of lower interest rates will make the U.S. Dollar a less-attractive investment and this should drive up demand for dollar-denominated gold.

The move on Monday was significant as price formed a new daily demand zone and breached the short term down trend.

If the Equity Markets get startled by the tariff war serving  as a catalyst to slow down the world economy, the chart suggests price will move higher to the daily supply at

Litecoin: We have Liftoff!