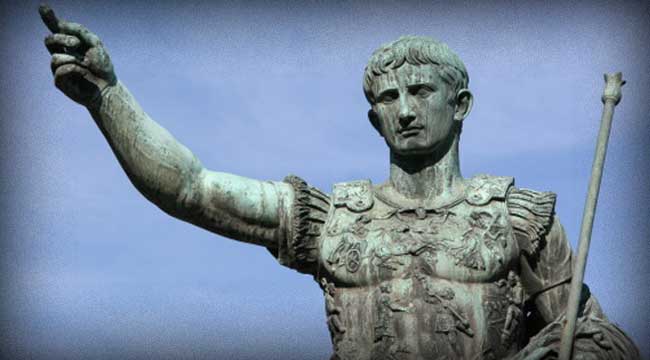 I was going to use a chart for this, but then I thought: “what for?”

We all know the recent antics of BTC: It took off a little under a week ago and generated an unusually high amount of interest.

Volume shot up and “bull market” comments flooded the social media platforms. BTC succeeded in clawing its way back to global financial relevance. In short: it conquered.

But every empire falls.

So as not to push this analogy too far, I’ll forego the Roman references from this point onward.

In the past, volumes of that magnitude have been linked to considerably higher prices, prices we did not see this time. To put things into perspective: the kind of volume we witnessed these last few days is the same volume that we had at the start of December 2017 – less than a month before the BTC all time high!

To me as an analyst, that illustrates that interest levels are about the same as they were in late 2017, but that the market is different.

I think, and this is not based on any evidence other than my general market observations, that back then there were fewer people interested in crypto, but that they were far more positive. I think that what we are seeing now is interest from many people who were not in the market in 2017, but who entered into a bear market and so are not as positive or eager to buy.

This would explain why even though there is a lot of activity, the price is stagnant. Of course there are also natural fears that BTC price will drop again. Because of this people don’t just keep on buying and the price climb stalls. Eventually the self-fulfilling prophecy kicks in and price does drop. This is pretty standard market psychology.

The stagnant price seems to have caused interest levels to fall again, also to be expected. Volume has already dropped significantly, and though still rather high, I believe that it will drop further.

What this means is that it is very likely that the next significant BTC price move will be a negative one. I doubt that it will be a terrible blow to BTC, I certainly don’t expect new 2019 all time lows or something like that – probably just a drop back to a recent support level. $3550 would be my guess with $3350 as a backup guess.

Those are my thoughts on the immediate future. My certainty factor on the next move being a negative one is 75%+. On the whole I think that we have seen some very positive signs for BTC during the last two weeks. Interest is evidently there, the market is sounding a lot more bullish and I believe that a good foundation is being laid for future growth. With a number of new people and institutions in the market, I can’t wait to see the magnitude of next round of growth!

Do You Agree With Todd Gordon On The SPDR ETF, XLC???

BITCOIN: first STEEMLEO post and some resistance at 11300USD