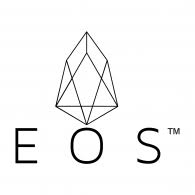 Most basketball fans love arguing about who ranks where among the game’s very best, but few actually commit to a list of the top players ever.  So several years ago, the 50 greatest players in history.

I believe in the Crypto space, there are like 1000 tokens/coins out there.  Many will fail and only the strong will survive.  So in my head I started putting together a top 50 tokens/coins and EOS made the list easily.

According to eoswriter.io, an action is an instruction given from one account to perform on another special account running a smart contract. According to data available on Block activity, the record of operation amounts to 83,797,783 and the data made available by EOS Titan indicated that over the past 24 hours.

Lets go to the charts to see where price is headed next.

Several weeks ago, the weekly candle closed above what was previous support/resistance at $4.

Also, price has been making higher lows. So if the momentum up can continue, the chart suggest price can move up to the weekly supply at $11 over time.

However, the first real test for price will be at the daily supply at $7.15.