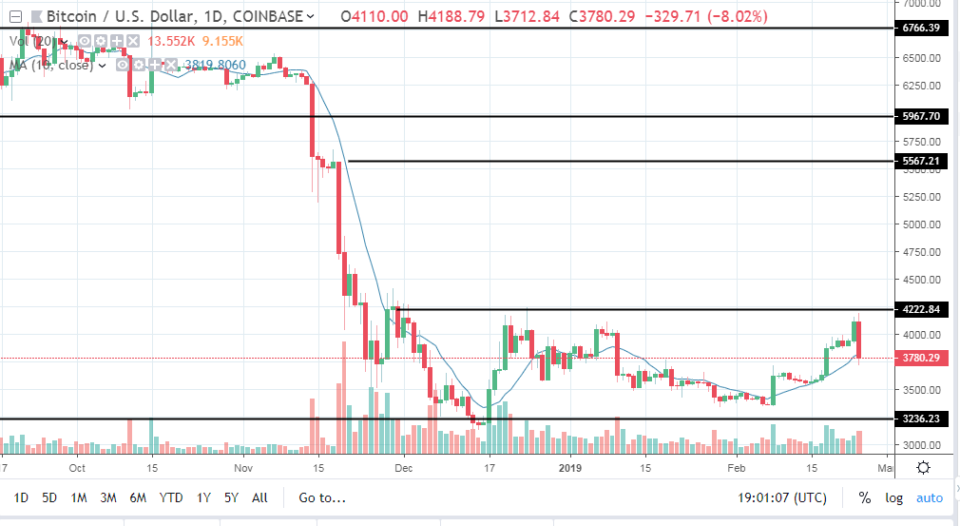 Yesterday I talked about how the rally cries throughout the crypto space had one underlying issue – bitcoin had not broken out.  It was at resistance and if it didn’t push through then hopes of a continued move were nill.

Less than 24 hours later we got our answer with a big fat red candle as bitcoin got smacked down by resistance in that 4100-4200 area as seen in the chart.

Just about all the other coins followed and are even trading below their prior highs that they broke above, i.e, LTC and EOS to name a couple.

We definitely want to see bitcoin remain above 3,550 with that being the most prior low.  Higher lows is conducive to positive price action and the opportunity to make a higher high.   Thus, I will be keeping an eye on that level and hope we don’t revisit it before a possible push higher.

Blockchains for Banks – Looking ahead

The Sunday Crypto Recap – Down the Rabbit Hole 71