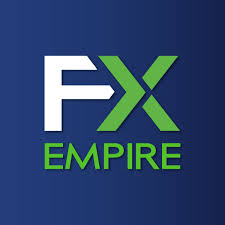 Nine days ago, I talked about AUD/USD and how I thought FX Empire did a really good job analyzing AUD/USD.

FX Empire Is Spot On With Their AUD/USD Analysis

The main trend will change to down on a move through .7052. An easy way to define an downtrend is price breaking to swing lows. Although I would say price would have to break the swing low at 0.7000.

Since that time, Australian Bureau of Statistics (ABS) announced their Consumer Price Index (CPI) reported for March 2019 and there was no change (0.0 per cent).  This follows a rise of 0.5 per cent in the December quarter 2018.  If the index isn’t rising, inflation isn’t rising, thus, no need to raise interest rates, which means investor are going to find a currency that offers a better rate of return.

Then, this past Monday, China announced the Caixin China General Manufacturing Purchasing Managers’ Index eased to 50.2 in April, down from a recent high of 50.8 in the previous month, indicating a slowing expansion in the manufacturing sector.

Needless to say, both announcements caused the AUD/USD to fall.

Since Australia’s GDP relies on China so much what would turn around this forex pair is a trade deal with the U.S. getting done. There are sources out there telling CNBC that the U.S. and China may announce a trade deal by next Friday.  However, if no deal is made, expect further declines in the AUD/USD pair.

The chart suggests, daily candle closes below the swing low and price is heading down to the 0.6900 level.