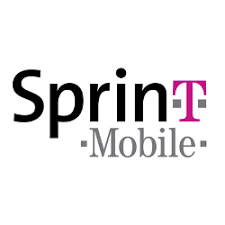 Last week, the U.S. Justice Department has told T-Mobile US Inc and Sprint Corp that it opposes their planned $26 billion merger in its current form.  A biggest issue being that if approved it would reduce the number of national wireless carriers available to consumers from four to three.  The thought is if there is less competition, consumers are susceptible to higher prices, in this case higher cell phone bills.

However, T-Mobile position is the combined company would build be better and faster at building 5G in order to compete with AT&T and Verizon.  In additional, T-Mobile and Sprint have the support of the President Trump because he wants to be beat the world in 5G development and deployment.

Morgan Stanley analyst Simon Flannery thinks even if the merger between Sprint and T-Mobile is blocked, Sprint is still has the potential to be a major player.

Verizon Communications (VZ) has grabbed the spotlight in 5G wireless, along with AT&T (T). But debt-laden Sprint has the most spectrum among U.S. wireless firms. Sprint obtained a 120-MHz swath of airwaves in the 2.5-GHz spectrum band through its 2013 acquisition of Clearwire.

“Sprint plans to roll out 5G wireless in nine cities this quarter covering about 1,000 square miles starting with Chicago, Atlanta, Dallas and Kansas City in May,” Flannery said. “New York City and four other markets will follow shortly thereafter with initial coverage of nearly 30 square miles promised in midtown and lower Manhattan.”

Flannery says Sprint also is working on whisking 5G broadband to homes, much like Verizon and T-Mobile.

“Sprint could see some good demand for their home hub offering if pricing and performance are competitive, harkening back to Clearwire’s wireless home broadband offering using WiMax launched in 2010,” he added.

So where is Sprint price headed next, lets go to the charts to find out?