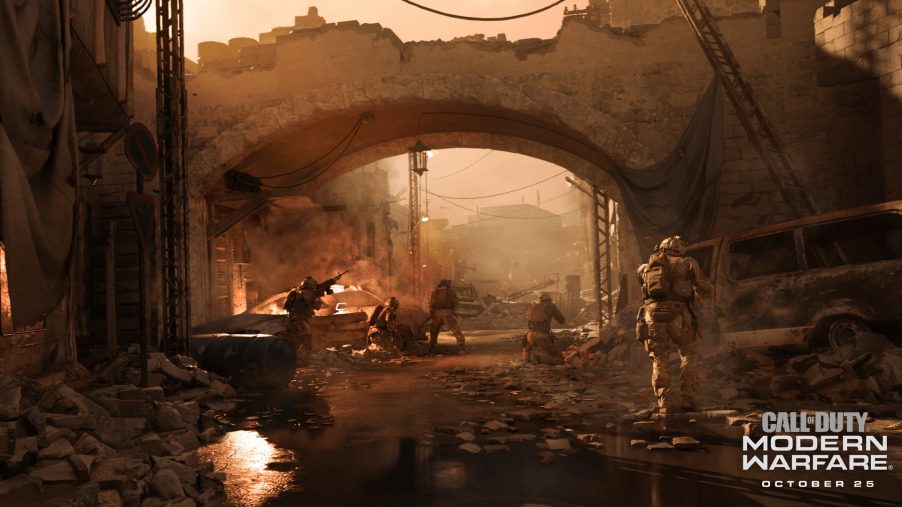 ·         Activision Blizzard has confirmed that Call of Duty: Modern Warfare will be released on October 25th.

·         The title was developed by Infinity Ward and will include cross-play support, i.e. allow PC and console players to play together.

·         Activision is eliminating the traditional season pass in a move to deliver more free content and post-launch events to its players.

·         The headline news comes as no huge surprise as investors were already aware that the Infinity Ward studio was making the game, and thus Modern Warfare was a very likely candidate.

·         However, some details of the game are particularly interesting. There will be a single-player story, an action-packed multiplayer playground, and new cooperative gameplay. No sign of Battle Royale. Notably, Modern Warfare players can play together across PC and console through cross-play support – a development that we are increasingly seeing within the space.

·         The fact that ATVI is eliminating the traditional season pass is positive, given there are several competing games that already offer maps and content for free – again something we are seeing more often given the popularity and success of free-to-play games such as Fortnite, Apex Legends, and League of Legends.

·         In terms of readacross, the game is released 3 weeks after Ubisoft’s Ghost Recon (so a nice buffer), and it will be interesting to see whether any of the peers follow with removing the season pass in order to maximise other revenue streams.

Tailored Brands…Another Is About To Bit The Dust