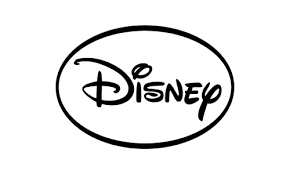 Disney has been making a lot of noise as of late. Since announcing Disney+, schedule to launch in the Fall, the stock has been a tear, up almost 20% since the announcement.

Disney is forecasting between 60 million and 90 million subscribers to its streaming service within five years.  According to a survey by the website Streaming Observer in partnership with data analysis firm Mindnet Analytics, ss much as 14.5% of Netflix’s current U.S. subscriber base of 60 million said they are considering canceling the service in order to sign up for Disney+.  Subscribers to all of Disney’s services would get Disney+, Hulu, a multichannel live-TV service, plus live sports via ESPN+.

Then there is Avengers: Endgame.

The U.S. box office is gearing up for a record weekend, with the release of “Avengers: Endgame” expected to chalk up $275 million in box-office receipts and provide the next catalyst for shares of Walt Disney Co.

Cinema chain AMC Entertainment Holding Inc. AMC, +0.65% said earlier that the film has already set a record for Thursday-night box office, a fact confirmed by Disney DIS, +1.95% . The record has shattered AMC’s previous record for single-movie screenings over a weekend, and the film will have 10,000 more showtimes than the previous record weekend, held by the opening of “Avengers: Infinity War” in 2018.

“We have set aside approximately 10 million seats and 58,000 showtimes for this historic event,” said AMC CEO Adam Aron, according to a company statement.

IMAX Corp said the film delivered its biggest-ever opening in China, generating $21 million at the box office and helping it to its second strongest quarterly performance in China of $106 million.

All the reason for the Smart Money to be bullish on Disney. I noticed on Friday that the Smart Money bought a ton of the call options with a strike price at $150 that expire on May 31st.

After basing for four years within a $30 range, price is finally breaking out and the Smart Money is well on their way of ringing the register in the coming weeks.

Playing Both Sides Of Under Armour

This Trader Put His Money Where His Mouth Is