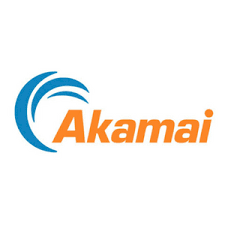 Akamai Technologies provides cloud services for delivering, optimizing, and securing content and business applications over the Internet in the United States and internationally.  Akamai’s content delivery network (CDN) has more than 240,000 servers in over 130 countries and within more than 1,700 networks around the world. A CDN allows you and I surf the web, pay bills, watch videos faster…you get the picture.  However, to put things in perspective, 85% of the world’s Internet users are within a single “network hop” of an Akamai CDN server.

Akamai Technologies reported their earnings on Wednesday and not only beat expectations, but raised its full year guidance.  Akamai reported net income $107.1 million, or 65 cents a share, up from $53.71 million, or 31 cents a share, a year ago. Revenue increased 5.7% to $706.5 million, ahead of Wall Street’s projection of $698.3 million.

Akamai revised its 2019 guidance higher as it faces opportunities to address the growing number of streaming video services set to launch in the near-term, Nispel said in a Tuesday note.

This creates a scenario where 2020 could be a year of superior growth due to the Summer Olympics and the 2020 U.S. presidential election cycle, the analyst said.

On the news the stock price gapped higher, but then sold off the remainder of the day.

Originally, I thought the stock hit all-time highs, until I looked left and found out that the all-time high was $346…I know, crazy.

The chart suggests if the weekly candle can close above the most recent pivot high, there will be demand at $76 to go long.

Halliburton Is Setting Up For A Short