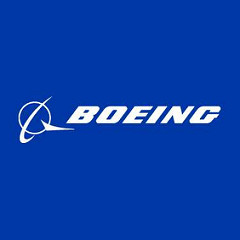 After the Federal Aviation Administration issued a statement late yesterday on its decision to keep the Boeing 737 Max planes flying, today they reversed course after reviewing new evidence collected at the site and satellite data.

Boeing released a statement stating they are in support of FAA’s decision and are doing everything they can to find out the cause of the accidents and resolve the issue. This announcement was in addition to Trump issuing an executive order grounding all Boeing 737 Max 8s in the US.

This will be an inconvenience to some of the US airlines.  Southwest has 34 Max 8 aircraft among its 700+ fleet of planes. American will see impact in Miami their initial 737 Max planes were delivered for service to the Caribbean and to New York’s LaGuardia airport. The carrier has 24 Max 8 jets in its fleet of more than 1,550 planes.

It takes more than 400 suppliers and more than 2 million parts to fabricate a Boeing 737 Max plane.

If Boeing’s 737 Max 8 orders are revised downward, expect their suppliers to be adversely affected as well.

Hexcel Corp. (HXL) Hexcel is a leading supplier of carbon fiber, honeycomb and other composite materials for the commercial aerospace industry.  Hexcel’s composite materials are used on the 737 MAX airframe and engines to deliver superior strength, stiffness, weight-savings resulting in a 20% fuel reduction.

If Boeing has a hard landing, the chart suggests Hexcel Corp. can go down to the weekly demand at $57.

Spirit AeroSystems (SPR) is the largest supplier of aerostructures to Boeing and manufacturing aerostructures for every Boeing commercial aircraft currently in production, including the fuselages for the Boeing 737 Max 8.

If Boeing has a hard landing, the chart suggests Spirit AeroSystems can go down to the weekly demand at $78.

If Boeing has a hard landing, the chart suggests Triumph Group can do down to the weekly demand at $13.50.

Carmageddon Is Back On

Curaleaf Holdings Not In The Penalty Box Yet