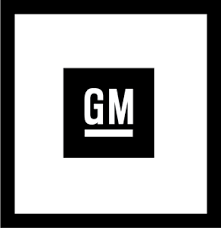 I was telling @newageinv how I have been trying to short General Motors for years (without success) and that I might get another chance in the near future.

You see, auto-loan delinquencies are at all-time highs again.

Serious auto-loan delinquencies – loans that are 90 days or more past due – surged to 4.47% of total auto loan balances in Q4 2018, according to New York Fed data this morning. This put the auto-loan delinquency rate at the highest level since Q1 2012 and just 0.6 percentage points below the peak during the Great Recession in Q1 2011.

At the end of 2018, there were over 7 million Americans with auto loans that were 90+ days past due, 1 million more than at the end of 2010, at the peak of the overall delinquency rates, according to a separate report by the New York Fed.

We know the American Consumer feels entitled and lives in an environment of instant gratification.  And the sad thing is Big Business is right there to take advantage. But there are two distinct root causes that I can point to regarding Carmageddon:

2)    Carmakers that used zero-percent financing offers to juice sales at the height of the American auto boom are starting have nearly eliminated this store buster tactic because rising interest rates as well…their own borrowing costs.

3) Carshare / rideshare services like Lyft and Uber make it easier for the Millenials and next generations to use a car only when you need one, without the hassle of a car note.

This tectonic shift of tightening credit and carsharing and will weigh on new-car sales moving forward. It’s one reason why I think we have reached peak auto sales.

And is the reason why GM, Ford and Fiat Chrysler are down or slight up over the last 12 months.

I’m not interesting in shorting Ford because there isn’t much room to the downside.

I’m not interesting in shorting Fiat Chrysler because there isn’t much room to the downside either.

Which brings me to General Motors, but it’s a mess.

Is Trump Right About A Market Crash???