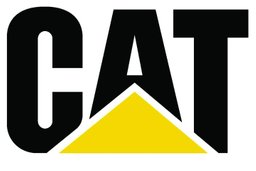 The EU recently stated that it would impose 20 billion euros ($22.7 billion) worth of tariffs on U.S. products if President Donald Trump follows through on a threat to impose automotive duties against EU.  And one of those companies being targeted is Caterpillar.

If you can recall, Caterpillar, announced earnings last month and had its biggest profit miss in a decade on worries over trade tensions.  This past week Caterpillar was on the receiving end of more bad news.

Shares of Caterpillar Inc. sank Tuesday, after UBS swung to bearish from bullish on the belief that more than half of the company’s businesses will peak this year, and “roll over” in 2020.

Fisher downgraded Caterpillar by two notches to a rare sell rating, after being at buy since September 2017. He slashed his stock price target to $125, which is 12% below Monday’s closing price of $141.41, from $154. Only 14% of companies covered by UBS analysts have sell ratings.

Why didn’t UBS downgrade Caterpillar after their dismay earnings last month?  The downgrade was so timed, it’s not even funny. The level represent where the Smart Money want to sell at.  The news came out at the same level I shorted Caterpillar at three months ago.

Buy The Rumor, Sell The News

It doesn’t hurt that price came into a daily supply zone and pulled back. So at the Market open, I began to build a position in Caterpillar and The New York Bank Mellon Corporation by buying leap put options with the goal of turning them into calendar spreads.

And so a bunch of entities and speculators took advantage of the news and shorted Caterpillar again at the daily supply zone at $142.

I will join the party at some point and hopefully when I do, there will still be punch in the bowl. I’m just waiting for the S&P 500 to get to 2900 before I potentially knock on the door to the party.