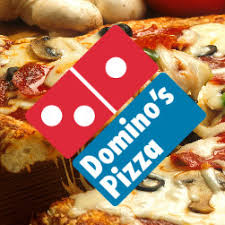 Domino’s Pizza isn’t a pizza company, they are a tech company.  If you don’t believe me, just read my post from seven months ago,

But if you insist that Domino’s Pizza is in fact, a pizza company, the make hella good pizza (especially when you get bacon as a topping).

So when I looked at the chart for the first time in seven months, I wondered to myself, is Domino’s Pizza out of dough (instead of gas…dough just sounded better, since we are talking about pizza).

Then I came across an article by Motley in which they talked about their unusual, but makes sense, sorta strategy.

Domino’s is aggressively adding to its store footprint right now despite the clear risk of saturating its existing territories. A bigger scale allows it to set low prices, for example, which has been a key factor in its decadel ong streak of market share gains. A large sales footprint makes advertising and marketing spending more efficient, too. And having more locations means closer proximity to diners, which generates lower delivery times and boosts customer satisfaction.

But there’s a simpler reason for the buildup: defense. As the market share leader in the $37 billion pizza industry, Domino’s has the most to lose from rivals aiming for a bigger piece of the pie. That’s why management is engaged in a strategy it calls “fortressing,” or adding locations right within the delivery territory of an existing restaurant.

However, executives believe it’s good for both the wider business and for individual franchisees over the long term. Fortressing has helped protect markets from competitors in places as varied as India, the U.K., and Las Vegas, Nevada, where minor sales cannibalization cleared the way for increased delivery and takeaway business as customer satisfaction scores improved.

Like in trading, there is more than one way to view a market and get the same positive results.   Domino’s Pizza is just taking a different view of their market to get positive results.  And like in trading, if you want to be successful, you can’t do what everyone else is doing.  Domino’s Pizza is just taking a different route to be successful. Thus, for the time being, the chart suggests to play the range.

This is What you want an IPO to look like $PINS

Is the US Government trying to slow down EV adoption in states such as California?