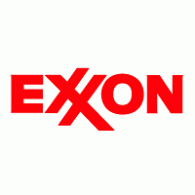 So who is the next player to make a move because in any business you have to keep up with the Joneses to remain competitive and in some cases, survive.

Another player in the US is ExonMobile.  Yes, they explore off shore, but their bread and butter is really downstream, refining oil into other products.

As a result, when you rises the way it has in recent years, ExonMobile isn’t able to fully take advantage because their cost to refine the oil goes up as well, putting pressure on their stock.  So ExonMobile has another excuse to mimic Chevron and that’s to get some onshore exposure to go with their offshore portfolio.

Two names to keep an eye on are Noble Energy

because both companies have a strong presence in the Permian Basin.

Chevron bought Anadarko at a 40% premium.  So conservatively, if and when ExonMobile buys either Noble Energy and Pioneer Natural Resources Company you should expect their stock price to move higher by at least an additional 25%.  Why 25%, because the stock price on the two companies moved up already on the news of Chevron buying Anadarko in anticipation that those companies would be next to be gobbled up.

Is the Stock Market About to Confirm a Breakout???