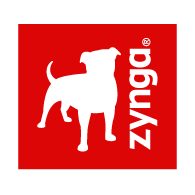 Do you remember FarmVille and Mafia Wars?  These hits many years ago were brought to you by Zynga through the Facebook platform.  Then afterwards, you didn’t hear from Zynga, but they were still in the background….just walking die.

Zynga Inc. reported their first quarter earnings last week.  Zynga loss of $128.8 million, or $0.14 cents a share, on sales of $265.4 million, up from $208.2 million in the same quarter a year ago.  But Revenue rose 27% to hit $265 million, exceeding the $240 million that it was targeting earlier this year for the period. The result marked the strongest quarterly revenue growth in almost four years.   The results were enough to send the stock to six-year highs.

Zynga now gets over 90% of their revenue through mobile game play with hits like Empires & Puzzles & CSR2.

He said there’s a good reason why Zynga’s best-known franchises continue to thrive as the market for mobile games grows overall: They’re accessible and easy to dive into in any spare moment, while also delivering fresh new features: “All of them are really mass-market games, but they’re also very cool in terms of their design,” he said. In addition to its longtime hits, Zynga is adding titles new titles this year based on Game of Thrones, Harry Potter and Star Wars, among others.

But has Zynga really awoken from the dead, lets go to the charts to find out?

On the monthly chart, price has been making higher lows.

If price close above the monthly supply zone,

The chart suggests to look for the pull back to take price long to $9.

Is the Stock Market About to Confirm a Breakout???