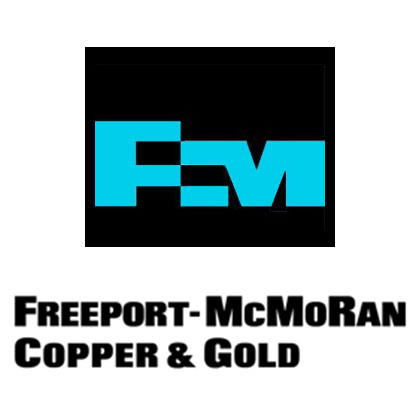 Freeport-McMoRan (NYSE: FCX) engages in the mining of mineral properties in the United States, Indonesia, Peru, and Chile. The company primarily explores for copper, gold, molybdenum, silver, and other metals, as well as oil and gas.

To some degree, there is good correlation between FCX, the world’s largest copper producer and copper prices. The goal of any company is to operate as efficiently as possible to maximize revenue and profits. In the case of Freeport they have been testing out artificial intelligence to increase copper production and lower cost.

The tested artificial intelligence model is to be rolled out to all its activities in America, to boost production levels.  This new model is deemed to increase its copper production by 5% per annum.

Freeport developed this model in conjunction with McKinsey. The model utilizes data collected around the mines to suggest new and improved methods to improve the performance and efficiency of the processing mills and crushers.

With the enablement of this AI model, Freeport plans to boost its production further by 30% by exploring underground mining in Grasberg mine and Lone Star, located in Indonesia and Arizona respectively.

But this post is about unusual options activity so lets get on with it.

There almost news out every day about the US and China coming to terms on a trade deal.  The latest announcement comes from the Chinese side. A spokesperson for China’s Ministry of Commerce said Thursday that the “leaders of China and the United States have carefully resolved core concerns and agreed to cancel the tariff increase in stages with the progress of the agreement.  For the past couple of weeks, the equity markets have been running with any positive news because if a trade deal is reached, company profits are protected with should serve as a catalyst for demand in the form of capital expenditures.  On such news metal prices are rising and so is Freeport-McMoRan.

Yesterday I noticed unusual options activity in Freeport-McMoRan.  The Smart Money bought over 50,000 contracts of the December call options with a strike price at $12.

With everyone on Wall Street partying like its 1999, I can’t see how the Smart Money will be wrong on this trade as the chart is suggesting there is nothing stopping price except the daily supply at $12.40.

Rental Price Growth Gets Cut in Half From A Year Ago

Sellers Are At It Again, But This Time It’s The Insiders