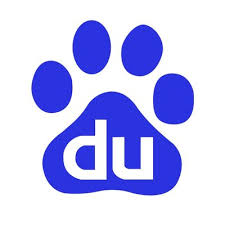 Baidu (NASDAQ:BIDU) investors have seen better days. The stock has hit multiyear lows in each of the past four weeks, and what initially started as a drop to its lowest level in three years is now a five-year low. Shares of China's leading search engine provider are now just a 9% decline away from falling to the double digits for the first time since the summer of 2013.

The Motley Fools article goes on to list three reasons why the stock price would head higher vs. lower, but I’m going to focus on just one of the reasons from a valuation standpoint.

The last time that Baidu stock traded this low was July 2013. Today's Baidu is generating roughly three times the revenue of Baidu circa six years ago. The cash on its balance sheet has more than tripled, even if you factor in its long-term debt position. Margins aren't what they used to be, but trailing net income has still roughly doubled (and that includes this year's rough first quarter).  More specifically to our situation, Baidu is expected to grow its revenue this year faster than it did in 2016, and obviously the shares were trading higher three years ago.

Motley Fool Got 1 Out Of 3 Right

The Quant Levels To Watch On The Russell 2000