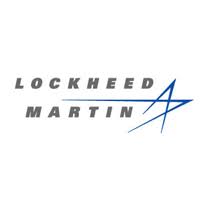 Lockheed reported first quarter earnings today.  Lockheed reported earnings of $5.99 per vs. $4.02 per share, one year earlier. Also, Lockheed’s net sales for the quarter rose 23% to $14.34 billion. Thanks to President Trump and his loose policies on foreign arms sales, Lockheed raised their forecast for 2019, which is ahead of Wall Street Estimates.

For example, the United States is considering expanding sales of Lockheed-made F-35 fighter jets to five new nations including Romania, Greece and Poland as European allies bulk up their defenses in the face of a strengthening Russia, a Pentagon official told Congress in early April.

Trump even assisted on a Lockheed deal.  On April 1, in a deal that was partially brokered by Trump, the Lockheed was awarded a THAAD interceptor missile contract worth $2.4 billion, many of which are slated to be delivered to Saudi Arabia.

The good news was enough to send Lockheed stock price higher, closing the day with the biggest gains in more than two years.

So where is price headed next, lets go to the charts?

Despite price being in a daily supply zone at $335, it’s not fresh, meaning price already pulled back to t

meaning price already pulled back to the zone already.

Thus, the chart suggest price will breached the current supply level and head higher to the daily supply at $359.

Who owns your healthcare data ? (FT)