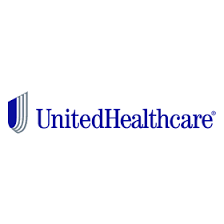 One of the major themes going into the 2020 presidential, at least by the Democrats will be the “Medicare for All” proposals. For example, Senator Bernie Sanders of Vermont is calling for government-run health care as a way of covering more people.  He’s even signaling out companies like UnitedHealth.

And last week, Sanders specifically called out UnitedHealth, saying in an April 12 tweet “your greed is going to end.”

And to start 2019, UnitedHealth hasn’t participated in the V-shape rally.  The price action year to date almost looks like an A-shape decline, down more than 10% in 2019.

UnitedHealth reported earnings yesterday earned $35.6 billion vs. $29.2 billion from the quarter one year ago.  Revenue rose to $60.3 billion from $55.2 billion a year ago.  Both numbers beat Wall Street estimates.  The company also lifted their outlook for the year.  Despite all the good news the stock price still sold off yesterday.

Because Congress is divided, Medicare for All won’t probably get approved.  But the fact that many Democrats are in support of the idea, it’s making Wall Street very nervous.

So where is the stock price headed next, lets go to the charts?

NOTE: I wrote the draft for this post before the Market opened this morning. Since then price hit the weekly demand at $210 and is now pausing at the level.

Where will America find its future caregivers?