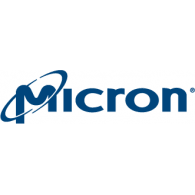 Micron Technology Inc., the largest U.S. maker of memory chips used in computers and as storage in mobile devices. Lets take the automotive sector as an example.

Companies are ramping up their autonomous driving efforts, but there is a shortage of flash memory. Self-driving cars have to quickly make massive calculations, then process that information in order to drive themselves. In fact, it is estimated that each autonomous car will generate 1 GB of data per second, which will either be sent to the cloud for processing or be processed in the vehicle. Micron holds the #1 market-share in the automotive sector.

Let me give you another example for application of Micron Technology’s products.

The Internet of things market is expected to grow at a ~ 30 – 40% CAGR over the next 5 years. The eventual billions of sensors will have to store and process that data and memory makes this all possible. The internet of things tie nicely into 5G, but that’s for another post. Again, Micron remains well positioned to be a major player in the space.

On Monday Micron was upgraded by Susquehanna.  On Tuesday Micro was upgraded Wedbush analyst Matt Bryson citing signs of improving DRAM pricing as spot pricing is lifting and certain market participants expect contract pricing for server DRAM will improve.  Needham, another Wall Street analysis boosted its price target on the stock to $70 from $60 per share.

Unusual options activity (UOA) many times is a ‘tell’, a signal that there is a likelihood of a potential large move in the underlying stock. This informed activity is usually initiated by hedge funds and institutional traders. These insiders will use the options market to make very large bets to profit on the leverage that options provide. Frequently they will use the options market to pre-position in advance of an impending news announcement, such as a takeover, that may not be public knowledge.

Yesterday, the Smart Money bought over 37,000 call options with a $56 strike that expire this Friday.  Why this Friday, Micron announced their earnings after the Market close yesterday.

Micron gave a strong forecast for the current quarter and was optimistic that the second quarter was the bottom.   Needless to say those options which closed on Tuesday at $0.60, would be worth about $1.20 at the open on Thurs.

Can Micro’s stock price get to $70, Needham, price target, well time will tell as price is now in the monthly supply at $55?

So Was The FDA Approval Already Priced Into Amarin’s Stock???

Worst Stocks Of This Decade