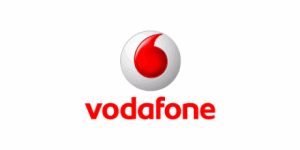 Six months ago, I wrote a post about Vodafone.  Vodafone Group PLC is a British international telecommunications company that operates networks in 26 countries and ranks fifth by revenue among mobile operator groups globally.  From a macro viewpoint, technical viewpoint and fundamental viewpoint, Vodafone was flashing, SELL ME.

In the post I stated that Vodafone was cash strapped and won’t be able to service its debt, but if it wanted to keep up with the competition, it would have to find cash for 5G capital investments.  At the time,  Vodafone shares were at a three year low, but the charts were telling me the stock price could go much lower.

Then I came across an article the other day to support my post from six months ago.

Vodafone Group Plc’s dividend has cracked under the strain of falling revenue, soaring spectrum costs and a $21 billion acquisition, in a grim reality check for Europe’s struggling phone industry.

The region’s biggest telecom carrier slashed its full-year dividend by 40% to 9 euro cents per share, reversing Chief Executive Officer Nick Read’s goal to keep the payout unchanged. It was the first cut since the company introduced dividend payments in 1990.

The move allows Read to conserve cash as sales in major markets come under sustained attack from rivals offering no-frills contracts and former monopolies reasserting themselves with dominant networks.

The macro, fundamentals or technicals haven’t changes and are still in play, thus the chart suggests price will head lower…to my first target at $14.50 and my final target at $9.50.