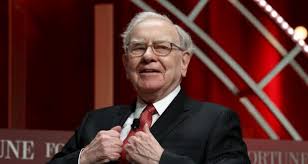 He cut his earnings projections for almost every bank he covers as he weighs the impact of the Fed’s interest rate cut and the likelihood of another cut before the end of the year. And for Bank of America, that’s led him to drop his rating from outperform to market perform in a note to clients Thursday.

When I saw this headline, Warren Buffett came to mind because he’s a buy and hold investor, he’s worth approximately $80 billion, he didn’t make his money in tech stocks and he loves them bank stocks.   Did you know financials almost make up 50% of Berkshire Hathaway’s portfolio?  So upgrades and downgrades are just noise to Buffett because the banks stocks are gifts that keep on giving…in the form of dividends that is.

The word “dividend” tends to have this calm, soothing effect on investors because you know the company offering dividend has a profitable and viable business model so in good times and bad times, you can sleep better at night and dividends act like compound interests if reinvested to grow ones portfolio exponentially.  For example, at this point, Warren stands to make almost $700 million in dividend from Bank of America.  That can buy Warren a lot of Coca-Cola and burgers.

Because banks are strongly correlated to the economy, I can understand Raymond James’ Michael Rose downgrade on Bank of America.  The chart suggest Bank of America is headed to the

But know this, Warren doesn’t care…and may actually buy more stock at a lower price, dollar cost avg. and with his dividends might still have a positive ROI.  How about those apples.

Who is Responsible: Tenant or Landlord?