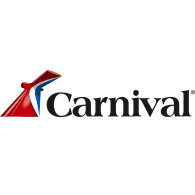 Carnival is the largest cruise company in the world, with more than 100 ships on the seas that attract over 12 million travelers each year across brands that include its namesake Carnival Cruise Lines, along with Holland America, Princess Cruises and Seabourn in North America; P&O Cruises in the United Kingdom and Australia; and Aida in Germany Carnival Corp.

With many of the world’s largest central bank seeing their yield curve invert, many financial experts are saying a recession is right around the corner.  According to Bank of America Merrill Lynch Fund Manager Survey 38% of the investors polled think there is a 38% of a recession next year.  A recession means, corporations will have to cut jobs because their profits are being compromised, which means customer such as you and mean will have less disposable income for such things as a 7 day cruise to an island near you.

I have honestly been waiting to short Carnival since the beginning of 2018, missed my opportunity in Sept of 2018, when price pulled back to the monthly supply at $67.

I was reminded that Carnival is still on my watch list when I came across this article on The Motley Fool titled,

Will Carnival See Another Wave of Selling When It Reports Earnings?

The cruise-line operator is expected to unveil its fiscal third-quarter 2019 earnings on Sept. 26, and angst and trepidation are in the air. Company shares have repeatedly sold off after earnings reports during the last two years, and investors are bracing for another potential sell-off due to external factors.

The first is the impact that Hurricane Dorian will have on fiscal 2019 net earnings. The Bahamas is a significant destination in the Caribbean region, which itself accounts for 32% of the company’s passenger capacity by itinerary.

The second concern is the impact on earnings of fuel costs due to the mid-September drone attack on Saudi Arabia’s oil production facilities, which instantly took roughly 6% of the world’s daily oil production offline.

So I would love to just buy leap put options, but I’m trying to be discipline and must wait for the set-up.  So if price can pull back to the weekly supply at $67, the chart suggests to short price to with a target to $42.

Is Trump Right About A Market Crash???