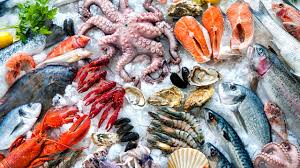 ·         Contrary to common belief, the fastest growing protein category is not land-based animal meat but seafood.

·         However, while the environmental impacts of beef farming are relatively well known, the footprint of aquaculture has received far less attention.

·         According to a new report from FAIRR, an investor network focused on highlighting ESG issues in protein supply chains, shrimp production can be as emission-intensive as beef production.

·         Furthermore, the report states that aquaculture poses a risk to biodiversity and can lead to habitat destruction, citing aquaculture’s contribution to the issue of algal blooms as an example.

·         The report from FAIRR (which unfortunately it seems only members can access) highlights a number of ESG issues in aquaculture – but  also a number of interesting solutions.

·         Another technology mentioned is insect-based feed/insect protein – again a sector I find very interesting from an investment perspective, given there are a number of (currently private) European players in this space (which is unusual in agtech). Given some insect farmers create a waste-to-protein loop, i.e. use food waste to feed their insects, they basically address two issues in one go.

Who owns your healthcare data ? (FT)

Real Estate Continues to Push Towards ALL TIME HIGHS