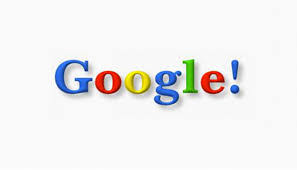 On Monday Google reported their first quarter earnings and on Tuesday the stock price dropped the most in seven years.

Google reported revenue of $36.3 billion, up 17% over the previous year.  Google’s ad revenue consisted of 85% of that revenue or $30.7 billion which was up from $26.6 billion.  The company said they remain focused and excited by significant growth opportunities across their other business.  However, Wall Street didn’t want to hear that.  They wanted to know why the ad revenue growth decelerated from 24% a year ago to 15%.    I think what really pissed Wall Street off was Google didn’t have any real answer.  During the conference call the Google blamed it on currency fluctuation and the timing of product changes.  I personally don’t know what’s worse, the answer they gave or not saying anything.

Alphabet executives gave little information on why revenue decelerated at the start of the year, leaving analysts to guess at the cause and grouse about the lack of disclosure in notes with titles like “Google bricks the Q1 layup” and “Something happened on the way to heaven.” One analyst, Stifel’s Scott Devitt, downgraded the stock in response to the earnings, while at least 13 reduced their price targets, according to FactSet.

“Visibility into the 2019 reacceleration / deceleration path remains low in our view,” Devitt wrote in downgrading Alphabet to hold from buy.

Many of the guesses about why Alphabet’s revenue growth suddenly dipped focused on YouTube, which Google does not report individually, even after the Securities and Exchange Commission sought clarity on that issue.

JP Morgan analysts, led by Doug Anmuth, maintained an overweight rating and $1,310 price target on Alphabet, but wrote that “we believe frustration around Alphabet’s lack of transparency will only increase.”

So where is price heading next, lets go to the charts?

Weekly Chart (Trend Timeframe) – the trend appears to be up, but the trend is actually sideways.

Daily Chart (Entry) – the chart suggests unless Google comes clean about their ad revenue growth decelerating, price will head down to the daily demand at $1100.

Beyond Meat Is Beyond Overvalued