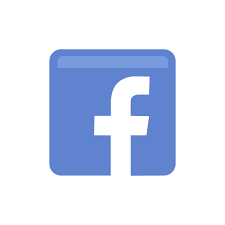 This past week Facebook was upgraded by Nomura Instinet with a price target of $215 (just $3 shy of its all-time highs).  On the news the stock price rose to its highest level since August of 2018.

Nomura Instinet cites, the negative press from last year is a tailwind, increased margins and increased regulations will make the company stronger as the reasons for their $215 target.

But is the negative press / scandals from 2018 really tailwinds at this point. Federal prosecutors are conducting a criminal investigation into data deals Facebook struck with some of the world’s largest technology companies. As big as Facebook is…this too shall past. However, internal turmoil leaves a rancid smell behind that lingers on and on and top executives are leaving the company in droves.

Cox was one of Facebook’s earliest hires as an engineer, managed the vision for many of Facebook’s app, including Facebook’s news feed. He was also Zuckerberg’s “right hand man.”

Facebook’s whole business model is about people sharing their lives with friends, family and the world in exchange for a fee from advertisers. However, the premise of their business model could also be their demise.
Zuckerberg has acknowledged the difficulty of policing content of their 2.5 billion + users and hiring more employees to using AI to aid the monitoring of content helps, but their will always be cracks in the walls…leading to a burst in the dam. Take for instance, their live streaming feature. The shooter responsible for the New Zealand mosque shooting live streamed it via Facebook.

So maybe Normura Instinet did’t select a price target above Facebook’s all-time high because maybe deep down they know Facebook’s best days are behind them. Be sure I will let you know when the chart suggests to short Facebook again.