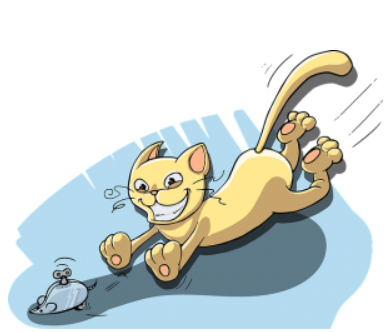 Have you heard the term Fear of Missing Out (FOMO)?  It has become a common term in all types of investing in recent years and rightfully so with most markets continuing to push higher.

What is it to FOMO?

This leads people to chasing investments, such as overpaying for a home in a hot market because it “has to go up” since the whole market is ripping higher.

Dancing in a Field of Landmines

When people succumb to the feeling of FOMO I feel it is akin to jumping into a field of landmines to chase the alleged gold on the other side.

The probabilities are not in one’s favor.

There are times to be aggressive and times to be conservative, which do you think is best in the current market?

In my local market there isn’t much for cash flowing deals.  Multifamilies that were picked up for pennies on the dollar back in 2010 or now price something outrageous.  Who can blame the sellers though, if someone is willing to pay it.

And I’m seeing it alot.  People paying prices for multifamilies where I have no idea how they expect to cash flow positive.

But hey, too each their own.  Maybe it’s a wealthy buyer looking for tax advantageous assets.  It would make sense in that case I suppose.

For the rest of us though it sounds like alot of risk for a very small return , if any rate of return.

Be aware of the feeling of FOMO in Real Estate

There are some crazy markets where things are being sold same day for above asking, such as the Denver area.  That market it is easy to see people chasing prices higher and extending themselves more than they should.

Seeing the FOMO in markets that are less heated isn’t always as easy.  I don’t see much going above asking in my area.  However, I do see prices that don’t make sense for me as an investor.  I see a scenario where I shouldn’t be leveraging myself even thinner, but maybe just maybe de-levering a bit and putting some cash in reserves for when opportunity knocks.

This market cycle is 10 years old.  We will see it level off and/or pullback at some point.  Who knows when that will be, but I want to have some free cash ready when it does.  That also means I will be booking gains toward the top end of the market, which I already have.

I don’t want to stop acquiring properties, thus I shifted gears and found markets that are not volatile and it’s strictly about cash flow.  Appreciation really isn’t a thing there.  I’m fine with that as I don’t have to worry about a pullback impacting my value greatly, as I would in my local market.

Remember, the point is to build some wealth and then keep it.

So keep aware of your emotions

As humans we can get caught up in the hype.  That doesn’t mean we shouldn’t invest, but it means we should step back and take a rational look at the facts.

The fact that everyone and their brother is now a real estate investor again lets me know the market is heated, which means I need to be more prudent in what I acquire.

As for a rental properties, it is a bit easier.  Make sure it will cash flow and you are in good shape.  Use realistic rental estimates that have a little room in case you can’t get quite that much.

Use the property calculator so the numbers do the talking for you and take the emotion out.

There is a fine line between being a scaredy cat and not doing deals and chasing deals like there’s a laser pointer running up the wall (my poor attempt at a funny analogy).

In the end, work hard to hunt down deals, but don’t chase when it comes to price.

What Are The Semiconductors Really Telling Us