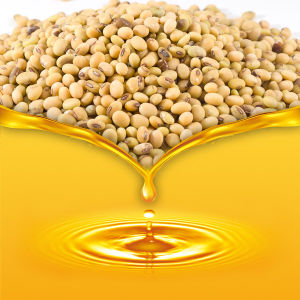 But China counter at the beginning of the trade war last year was to reduce dependence on American soybeans.

However, China doesn’t have the means to increase their domestic production of Soybeans and had to result to South America. South American filled in the balance momentarily, but they couldn’t keep up with China’s appetite. Regardless of whether the resumed purchase of soybeans was part of the negotiation or China’s relentless appetite for soybeans, it’s a win for American farmers.

Today, I want to pay a little homage to soybean oil.

Soybean oil is a vegetable oil extracted from the seeds of the soybean. It is one of the most widely consumed cooking oils.  Mexico and Korea are large customers of U.S. soybean oil. Soybean oil is a common ingredient in fast food and ultra-processed packaged foods.  Among the problems with partially hydrogenated soybean oil is trans fat.

Yes, soybean oil can be considered a healthy oil, provided that it’s not been hydrogenated and provided that it’s certified organic. All plant oils have different nutrient profiles, including the types of fat they contain. The plant oil that best fits into your diet depends largely on the type of fat that’s missing from the rest of your diet as a whole and that’s best matched to your cooking needs. Soy oil would be especially helpful for a diet that was missing the essential omega-6 fatty acid called linoleic acid. (Soy oil is about 50% linoleic acid). It would also be helpful for a diet that needed more monounsaturated fat (soy oil is approximately 25% monounsaturated).

Because of soybean oil uses and cost as a raw material, it trades as a futures. A commodity futures contract is an agreement to buy or sell a predetermined amount of a commodity at a specific price on a specific date in the future. Buyers use such contracts to avoid the risks associated with the price fluctuations of a future’s underlying product or raw material.

So where is price headed for soybean oil, lets go to the charts?

Did the Big Boys need a Dip? $BA $DOW