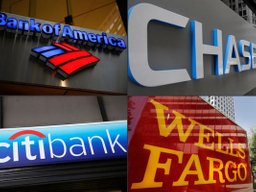 That’s at least what Jack Ablin, chief investor officer of Cresset Wealth Advisors with
$3.5 billion in assets under management said.

“In general, the stock market likes it when financials do well. And right now, over the last six months, financials have underperformed. That would suggest that equities could struggle over the next six months,” he said. “The fact is that the financial markets and liquidity in general is really the lifeblood of the equity market.”

I have to kindly disagree with Jack. The chart below show the SPDR Financial ETF, XLF vs the SPY. The chart shows XLF went sideways relative to the SPY from 2010 to 2019,

while the SPY has been in a nice uptrend for most of the last 10 years.

so, if as financials go, the equity markets go, and if the XLF has topped out,

that would imply that the SPY won’t make new all-time highs and has topped out as well.

Bitcoin! And Here. We. Go. Long’s are bailing and Price is grinding.

Is TWTR a Buy Here?